Since 1907 when Dr. A.J. Lewis welcomed patients into his Mora home for post-operative care and chronic disease management, we’ve aimed to live up to his example. Take a look back at how far we’ve come.

To help ensure Welia Health remains competitive, operational, and independent – and to best serve the interests of the communities it serves – it was annexed from Kanabec County and established as a 501(c)(3) non-profit corporation.

Kanabec County records its first case of COVID-19 on May 1.

Pine County records its first case of COVID-19 on April 8.

Welia Health introduces virtual care visits to allow patients to talk directly with their provider from the comfort and safety of their homes, or anywhere.

Launch of a new era in care

In August of 2019, with our Mora Campus expansion complete, we launched a new era — and a new name. Learn more.

FirstLight Health Systems holds a ribbon-cutting ceremony and public celebration of the opening of the FirstLight Community Wellness Center.

The completion of this multi-phase, $20 million expansion and renovation of the Mora campus enables the hospital and clinic to accommodate continued growth in surrounding communities, improve patient access, services, security and technology.

A brand-new clinic, built from the ground up, brings urgency services and a community pharmacy to Pine City.

Among the first health care providers in Minnesota to feature digital mammography.

From hospital to health system

Medication therapy management pairs a trained pharmacist with a patient for a one-on-one review of prescriptions, over-the-counter medications, and supplements to help ensure patient safety.

Expanding to the west of Mora

Kanabec Hospital grew significantly in 2003n with two major building projects that included: moving the clinic to the hospital campus, doubling the capacity of the lab, emergency, and rehabilitation areas, and creating an 18,000 square foot surgery center.

Diabetes Education program is recognized by the American Diabetes Association. This recognition has been maintained since 2002.

Caring for our seniors

Inpatient geropsychiatry and senior behavioral health services offered to focus on the unique physical and emotional needs of the senior adults.

Giving back to our community

The hospital auxiliary group, a volunteer organization, is formed.

Changes to improve the patient experience

Continued growth necessitates changes to the facility. Main entrance relocated to the east side of the building, facing highway 65.

Technology and restoration of hearing

The 1st cochlear implant was used.

The first vaccine for Hepatitis B approved by the FDA to guard against a potentially life-threatening liver infection.

A breakthrough for diabetics

The first vaccine for chicken pox was introduced.

Third expansion to the hospital

A brand-new wing added to the hospital along with new equipment, additional beds (from 32 beds to 63 beds). Facility-wide renovation was financed with $1M dollars from HUD.

The first vaccine for rubella was introduced. In addition to protecting children, the vaccine protected pregnant women from passing the infection to their unborn babies.

The first vaccine for mumps was approved by the FDA.

On December 3, 1967, Dr. Christiaan Barnard and his team in South Africa performed the world’s first human to human heart transplant, the world’s most widely reported medical event ever.

Medicare began to be used.

On July 30, 1965, President Lyndon B. Johnson signed Medicare into law, providing health insurance to people age 65 and older, regardless of income or medical history. Former President Truman was issued the very first Medicare card during the ceremony.

First vaccine to combat the measles is introduced

The first hip replacement with a stainless-steel ball and joint was performed that Columbia Hospital in South Carolina.

Second expansion to the hospital

Earl Bakken, founder of Medtronic, developed the first wearable transistorized pacemaker at the request of Dr. C. Walton Lillehei. Lillehei, known as “Father of Open-Heart Surgery,” was from the University of Minnesota.

The Pill is approved

The FDA approved the use of a pill to regulate menstruation. Soon, it would become better known for its contraceptive “side effects.”

The first medical ultrasound is introduced.

The first polio vaccine was developed by Jonas Salk and came into use in 1955.

The first expansion of the hospital, on to the east side of the building, added 10 more beds.

The hospital officially opened on December 26th, 1945, but accepted an emergency case the day before.
The facility boasted 22 beds and 8 bassinets, with many beds in the halls. Construction was delayed two years because permission was needed from Washington DC during World War II.

Jonas Salk and Thomas Francis developed the first vaccine against flu viruses. It protected the U.S. military forces against the flu during World War II and millions more.

During World War I it was proven that stored blood could safely be used, allowing for the development of the first blood bank.

Two physiologists from Switzerland discovered that small electrical shocks could induce ventricular fibrillation in dogs, and that larger charges would reverse the condition, leading to a life-saving medical device still used today.

Canadian medical students perform experiments on the pancreases of dogs, leading to the most important medical breakthrough for diabetes to date.

After 13 years of effort, French bacteriologists Albert Calmette and Camille Guérin were able to develop a vaccine for tuberculosis, a deadly disease that at one point in the 1800s took the lives of 1 in 7 people.

The first vaccine for pertussis (whopping cough) was introduced to combat the highly contagious disease.

Mora gets its first hospital

Mora Hospital closed and Kanabec Hospital opened, but would continue to operate under the name of Mora Hospital. When the new facility itself was built, it was equipped with modern conveniences and appliances.

The beginnings of healthcare in Mora

The story goes that Dr. A.J. Lewis started a ‘hospital’ in his Mora home. Here he housed patients following surgery and managed care for those who needed constant attention.

Wilhelm Roentgen, a Bavaria physics professor, was the first to discover the use electromagnetic radiation to create what we now know as the x-ray. The very first x-ray is an image of his wife’s hand, with her wedding ring.

COVID-19 Updates
Thank you for creating with WordPress.Get Version 5.8.2 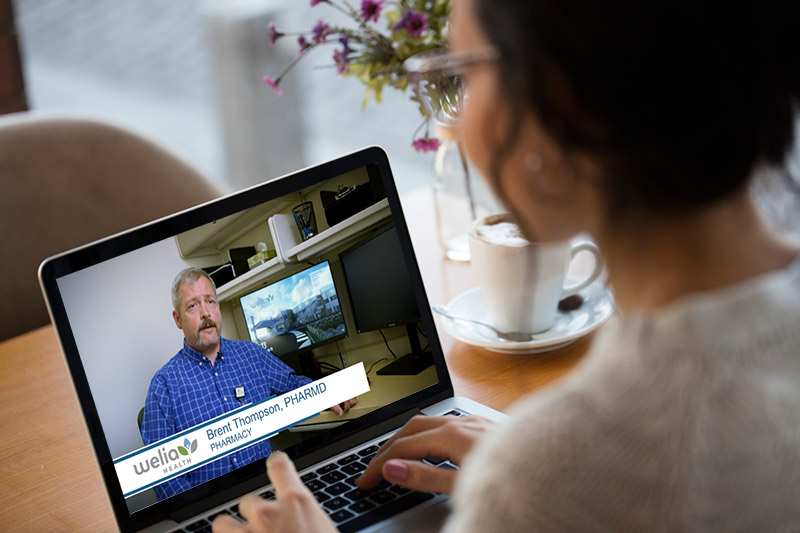 The team at Welia Health answers your questions and concerns about the COVID-19 vaccines. We encourage you to watch this video series for the answers you deserve.